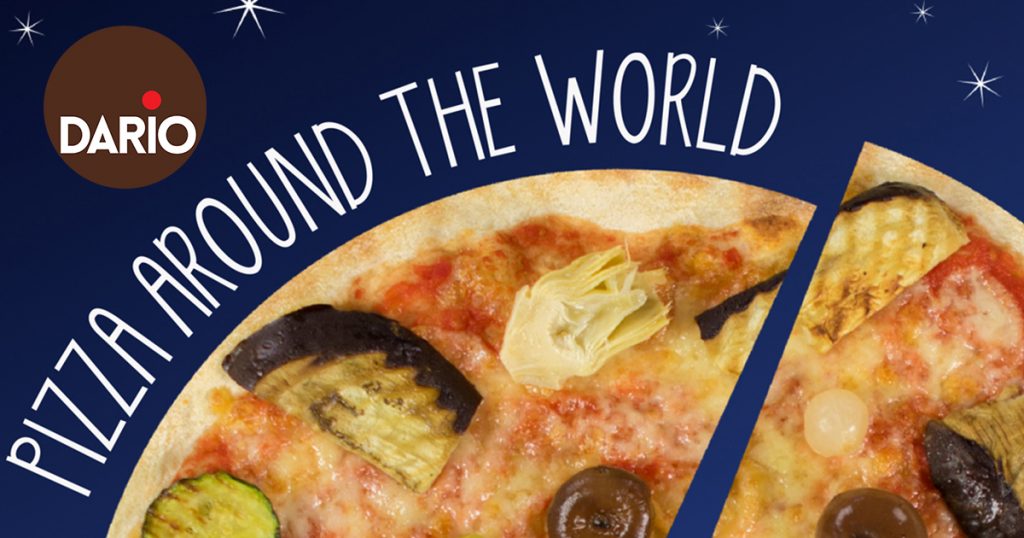 Flour, water yeast and a touch of salt are the ingredients used to create one of the most loved foods in the world – pizza! This popular treat, a symbol of Italian cuisine, is extremely versatile. Interpretations of pizza can be found around the globe.

The United States has many versions of pizza with the two most distinguishable styles being New York-style and Chicago-style. The first is characterized by a thin, crispy crust traditionally topped with tomato sauce and melty mozzarella.

Chicago style pizza is also known as “deep dish” pizza. Deep dish pizzas are cooked in specific, high-sided pans. The crust lines the bottom and sides of the pan and the fillings are piled onto the crust then baked creating pizza with a high, straight-sided crust.

On the other side of the world, Lebanese-style pizza is referred to as Manakish. This Middle Eastern pizza is often served for breakfast and is seasoned with toppings like za’atar – a mix of thyme, oregano and sesame seeds – halloumi cheese, spiced meats and tomatoes.

The Japanese also love their pizza. The most popular pizza toppings in Japan are eel, squid and Maya Jaga – a mixture of mayonnaise, bacon and potatoes. Other popular toppings are seafood-centric: octopus, dried shrimp, baby sardines and anchovies and pickled mackerel.

In South Korea, pizza makers are very experimental and the Korean people enjoy some very non-traditional pizza toppings. Potato pizza is a popular pizza in Korea and is characterized by large wedges of potato, lots of sour cream and sprinkled with bacon and surrounded with sweet potato mousse. In addition, sweet pizzas like strawberry and cream cheese are crowd pleasers.

Traditional pizza flavors have also inspired some unusual food fusions and concepts. For instance, you can find a pizza hamburger – a hamburger wrapped in pepperoni and cheeses then wrapped in pizza dough and baked. Waffles stuffed with the traditional ingredients of the dish are becoming more widespread and people are flavoring their popcorn with oregano, parmesan cheese and sun-dried tomatoes.

Dario Caffè continues the Italian tradition with a unique pizza styles with our Pizza!

Dario Caffè’s Pizza is not an ordinary pizza. Very light, crispy and luscious to your taste. It is made with natural flour of selected grains, wheat germ rich in vitamins and proteins and leavened from 36 to 48 hours. Such long rising time and the exclusive use of natural ingredients make our pizza extremely digestible and light.

Has reading this article made your mouth water? If so, run to nearest Dario Caffè!